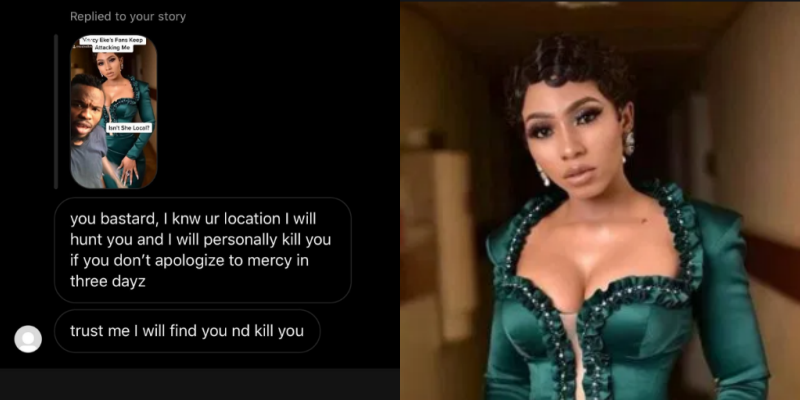 A certain blogger, Tosin Silverdam has landed into trouble for airing his opinion on BBNaija winner, Mercy Eke.

The blogger had earlier taken to TikTok to mention celebrities he doesn’t like and Mercy Eke is one of them.

He has however revealed that he got death threats from her fans. 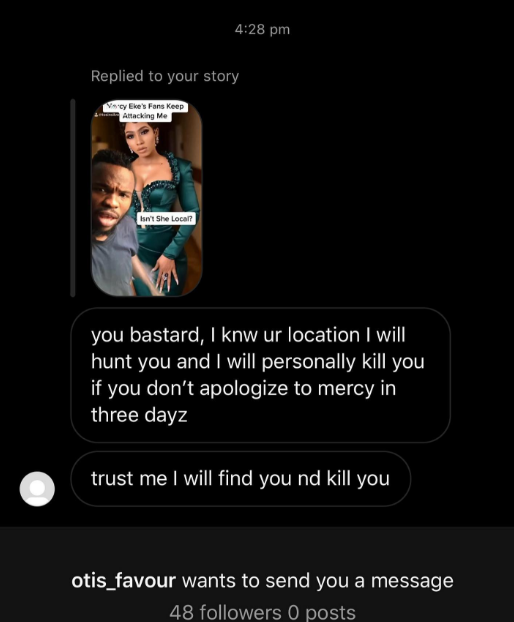 There are food, drinks and other things I don’t like, likewise there are people I don’t like as well. There are some people who don’t like me and I don’t see it as a problem because it’s not everyone that would like you. So because Mercy is popular now I’m not supposed to be vocal about my opinion.

Moreover, I don’t like Mercy please does that affect here bank account or does that stop her from becoming a multi millionaire? My dislike towards her doesn’t affect or add anything to her life. She doesn’t even know I exist, so why are you guys issuing death threats because of my outspoken opinion.

I’ve been ignoring and deleting these messages but this needs to stop. Mercy is not God, she’s also human being like me and you. Calling someone “Local” is not an insult. I posted the video out of boredom on my Tiktok page and I never expected it to go viral and she wasn’t even the only one I mentioned in the video.

I’m not even bothered about these empty threats but using “I’ll kill you” to troll someone is outrageous. My opinion is unpopular and I don’t think it is wrong to be outspoken about it as long as it does not cause any harm or ignites violence. This needs to stop…”