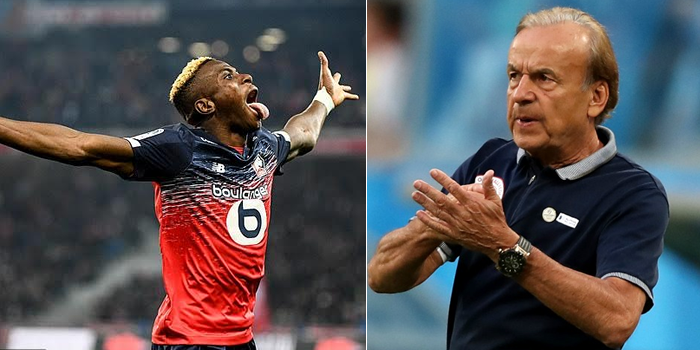 Super Eagles head coach, Gernot Rohr has revealed how fantastic Victor Osimhen’s chances are of moving to the Premier League after this season.

However, Rohr wants the 21-year-old striker to join a club that will give him regular playing time.

Osimhen is one of the hottest young prospects in Europe at the moment, after enjoying a brilliant debut season with Lille.

The Lille man has been linked with Chelsea, Liverpool, Tottenham Hotspur, Arsenal and Manchester United in England.

Rohr, in an interview on Channels Television, however advised the lanky striker to take his time and not rush his decision.

“If he stays for another season it would be good for him because he’s playing.

“If he is going to a very big club – you have seen the clubs ready to buy him now – he is not so sure to play because there’s big competition for the starting places in the team,” he said.