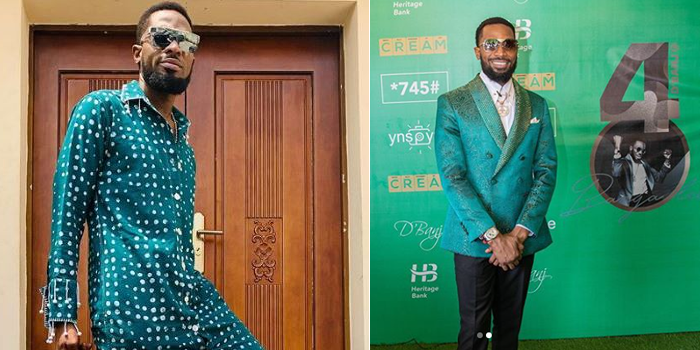 According to the reports, the endorsement deal was discontinued due to the alleged rape case against the Nigerian artiste.

Although, the news hasn’t been confirmed officially but is trending on the Nigeria Twitter app presently.

Ireportnews recalls that few weeks ago, a Nigerian model scout, Benjamin Ese, had alleged that Dbanj raped his friend, Seyitan Babatoye, on December 31, 2018, at a hotel in Victoria Island, Lagos.

Although D’Banj has denied these allegations via his Instagram handle and even sued for a N100M compensation, the beginning of his deal with Heritage Bank which came to him as a birthday gift appears to have come to a halt.

The development also comes as a number of leading artistes spoke out against D’Banj for allegedly threatening his accuser.

In a related development the Inspector General of police, Muhammed Adamu, had ordered a probe into the allegations against D’banj.

The IG order was in response to a petition written to him by Tommy Ojoge-Daniel, a lawyer representing Babatayo.

RECRUITMENT INTO THE NIGERIA POLICE FORCE IN ZAMFARA STATE AS CONSTABLE OPEN.

Profile of a killer: Unraveling the deadly new coronavirus

RECRUITMENT INTO THE NIGERIA POLICE FORCE IN ZAMFARA STATE AS CONSTABLE...

Profile of a killer: Unraveling the deadly new coronavirus