Hushpuppi was arrested two weeks ago by the FBI and Interpol for alleged online fraud.

Before he was arrested by the agencies on June 10th, the self acclaimed billionaire Gucci master had 2.2 Million followers on the social networking platform, but as at the time of writing this report, he has over 2.4 million followers.

Although it appears over 40 people have unfollowed (or blocked) the Yoruba born Gucci master on the social media platform, Including popular singer, David “Davido” Adeleke.

See a screenshot of his before and after page below… 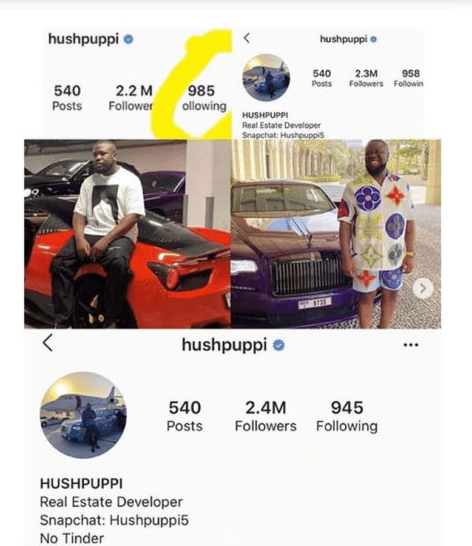 Recall that Ray Hushpuppi and 12 others were arrested for online fraud that targets companies and individuals.

The 38-year-old suspect is also said to be wanted for fraud crimes in Europe, US and Nigeria.