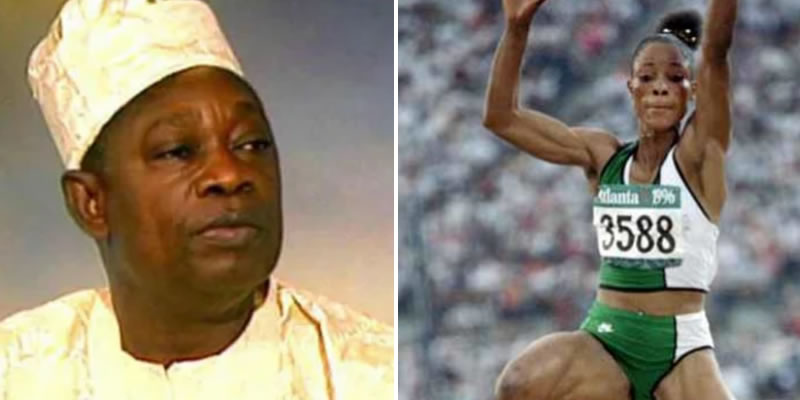 Olympic gold medallist, Chioma Ajunwa, has disclosed what she did with a cash gift late businessman and politician, Moshood Abiola, gave her in 199.

Speaking with a correspondent on her fond memories of the late philanthropist, police officer Ajunwa said the 24-karat gold the fallen Pillar of Sports in Africa also gave her after winning two gold medals at the 1991 African Games in Cairo, Egypt was stolen same year.

She hailed Abiola for his impact in sports and the encouragement given to sportsmen, many of who were from not well to do families.

“I don’t think there is anybody in Nigeria as far as sports is concerned that competed in the early 90s that wouldn’t have one thing or the other to say about Chief MKO Abiola. His memory still lingers in the mind of many.

“In 1991, I won two gold medals at the African Games, and when we came back, Chief Abiola did us proud. The first three rooms I built in my father’s house was from the money he gave to us. He gave me N370,000 and a 24-karat gold wristwatch, though somebody stole that wristwatch. The wristwatch was so fine and I kept somewhere, with the case. I never wore it before it was stolen.

“I cannot forget him in a hurry; he was a man of peace and great understanding. He knew those of us in sports were from less-privileged homes and he took care of us,” Ajunwa told The PUNCH.

She also said in honouring him, an annual sporting competition should be organised

“Chief Abiola deserved more than the renaming of the Abuja stadium. I was happy when I heard the president renamed the stadium after him because it was long overdue, I thought past administrations should have done that, kudos to the president for doing so.

“There should be a kind of competition that will always be running in his name annually, if that is done for him, it will be very good,” she added.