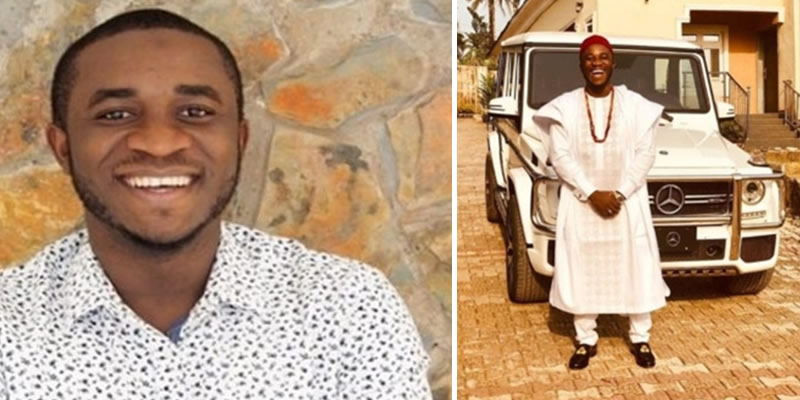 Nigerian entrepreneur and a one time Forbes Africa 30 Under 30 honoree Obinwanne Okeke, the owner of Invictus Group, who was arrested in the United States last year for computer-based fraud, has pleaded guilty to $11 million (N4.2 billion) fraud.

The 32-year-old Nigerian businessman made the plea on Thursday at the Norfolk Magistrate Court Room 2 of the United States District Court for Eastern District of Virginia.

Joshua Stueve, a spokesperson for the United States District Court for Eastern District of Virginia, told Premium Times on Thursday evening that Mr Okeke could spend 20 years maximum penalty in an American jail.

Obinwanne would be sentenced on October 22, Mr Stueve said.

Ireportnews recalls that Obinwanne had earlier pleaded not guilty to the charges against him. Okeke, arrested in the United States August 2019, in a court ruling on Thursday pleaded guilty of the $11 million (N4.2 billion) computer-based fraud between 2015 and 2019.

The judge, Robert Krask, on Thursday certified the guilty plea to clear the paths for Okeke’s sentencing and could be sentenced to 20 years in an American jail, PremiumTimes reported.

United States’ Federal Bureau of Investigation said Okeke and at least six other persons were involved in the crimes.

“There is a probable cause to believe Okeke has conspired with several individuals to access computers without authorisation, and using such access to cause the fraudulent wire transfer of funds,” FBI’s special agent Marshall Ward said in an affidavit he deposed to before Justice Lawrence Leonard, in Norfolk, Virginia, on August 2.

The affidavit also sought a warrant to arrest Okeke who was in the United States at the time.

In his affidavit, Special Agent Ward said illicit financial transactions were traced to a Gmail account believed to be owned by Okeke. Those transactions, he said, and conspiratorial communications with, at least six other emails, were carried out between 2016 and 2019.

Okeke, the founder of Invictus Group, has a degree in International Studies and Forensic Criminology and Masters of International Relations and Counter-Terrorism Studies from Monash University in Australia, according to his official profile.

Okeke was named on the Forbes Africa’s 30 Under 30 For 2016 and was featured on the magazine’s June 2016 cover. A year later, CNBCA named Okeke as a finalist for Young Business Leader of the Year (West Africa).

His Invictus Group claims to have investments in oil and gas, construction, energy solutions, technology and agriculture.