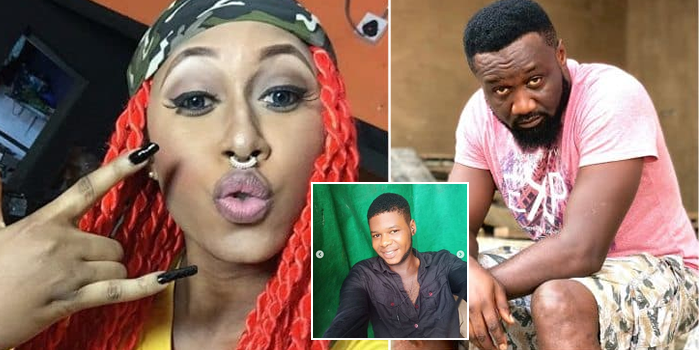 CEO of Northside Entertainment and brother of singers, Peter and Paul Okoye of defunct Psquare, has claimed that he received a death threat over his association with singer, Cynthia Morgan, who blamed him for her career troubles.

Ireportnews recalls that on May 24, Cynthia Morgan, who now goes by the stage name, Madrina, accused Jude of taking over her stage name and social media handles after the expiration of her contract with his record label, Northside.

The 43-year-old music executive has taken to his social media page to share screenshot of a message he had received from someone who threatened to ‘eliminate’ him for what he did to Cynthia Morgan.

In the messages which were sent back in May, the man called the music executive a ‘career killer’ over his recent row with Cynthia Morgan and threatened to eliminate him whenever he sees him in Lagos.

“A threat! What should I do with this? @opetodolapo @policenglagos,” he captioned the post. 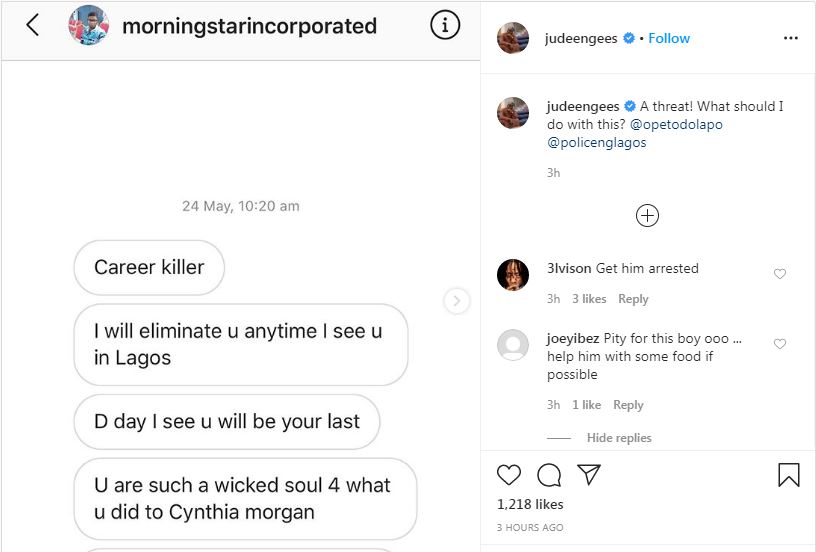