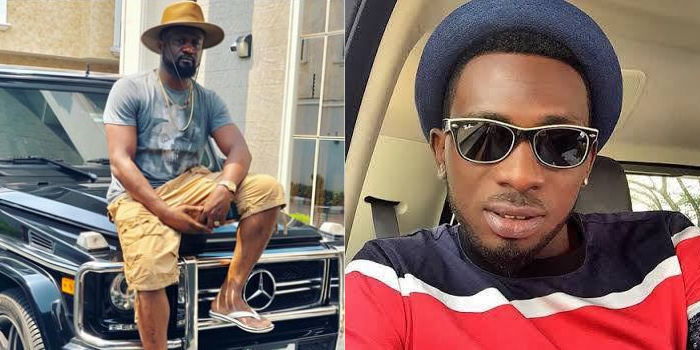 Music executive, Jude Okoye has lashed out at singer, May D after the latter spoke up on his enduring times with Square records.

Ireportnews had earlier reported that May D alleged that he never got paid for all the writings and voicing he did for the Okoye brothers.

He went on to claim that he shared a room with their driver and cook even though there was an empty duplex.

Reacting to May D’s claim, Jude Okoye in a live chat said he gave May D a car, a roof over his house while May D was also living off his, Jude’s credit card.

He went on to ask May D if he was expecting to come and live inside his master’s bedroom.

In 2013, May D parted ways with PSquare and Jude Okoye due to “irreconcilable differences” as the statement released then stated.

Shedding the light on what really went down, May D via Instagram Live discussed that PSquare didn’t want a contract with him at first.

According to him, they never really believed him but just wanted to help him with their platform without a contract involved.