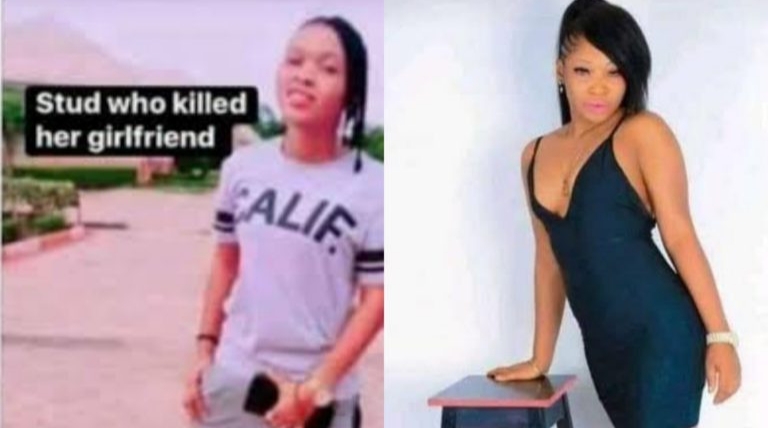 A lesbian has allegedly stabbed her partner to death and reportedly left her dead body to decay for days in Delta state.

Ireportnews learnt that the deceased identified as Vivian allegedly caught her lesbian partner known as Spicykvng Vee having sex with a man.

The suspected killer, Spicykvng Vee, a known stud was reportedly embarrassed after being caught with a man.

It was also learnt that Spicykvng apologised to Vivian which was accepted by Vivian after being worried about her reputation if the matter leaks.

Not satisfied and still scared that her secrets might be exposed by Vivian on Facebook, she allegedly stabbed her to death in Delta state and reportedly escaped to Enugu state after calling Vivian’s mother to tell her that her daughter has travelled.

According to report, Vivian’s body was in her room for 3 days before she was found.

Friends thought she was missing until flies were seen trooping out of her room which made them call the landlord and they broke into her home to find Vivian’s decaying body on Monday, June 15.

Spicykvng Vee was arrested in Enugu and is in custody. 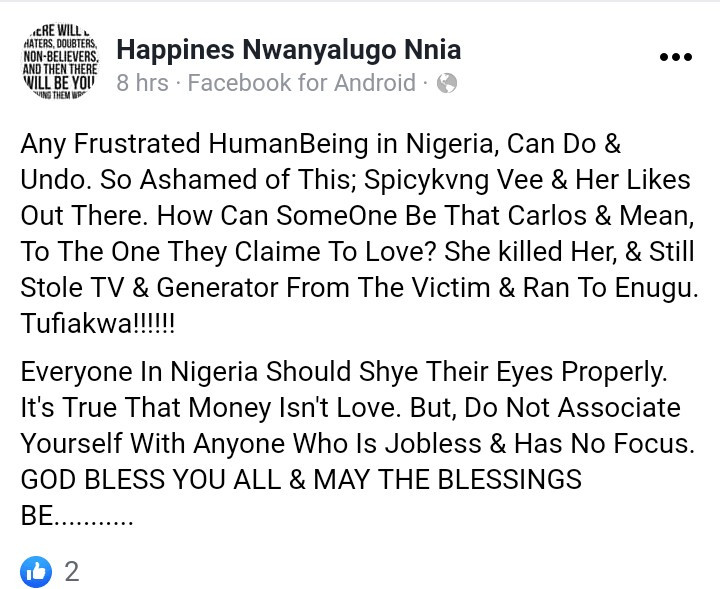