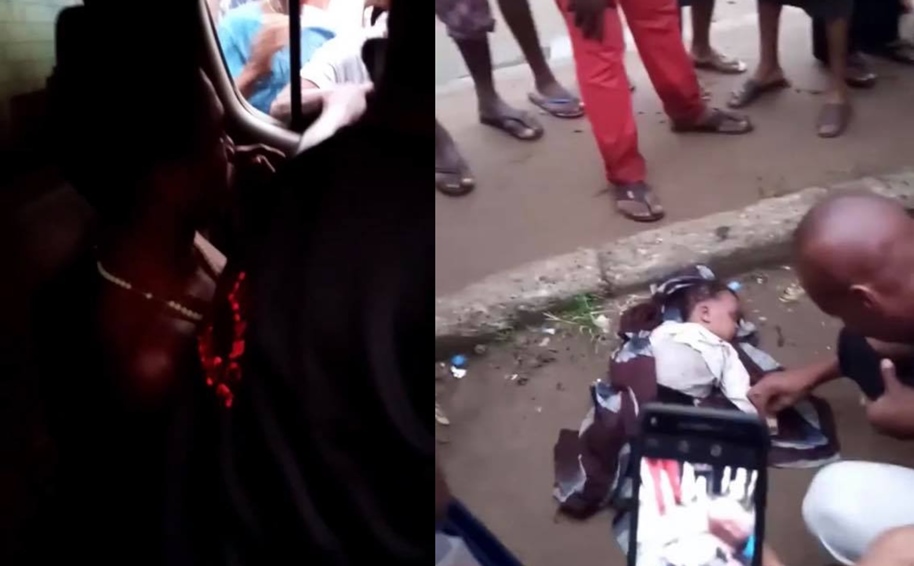 A “mad man” has been caught with a dead baby in Aba. The suspect who is known for always dressing and acting like a lunatic attracted lots of attention after being caught with the deceased little one.

The man who has been arrested was seen being dragged into a van by security operatives. Some of those who gathered at the scene of the incident were heard saying they don’t know who owns the baby.

“A man always dressing as a mad man caught with a dead child in aba now.”

In a similar incident, a man suspected to have disguised as a mentally deranged person (mad man) was apprehended along Itedo lekki phase 1 some weeks ago.

According to reports, the man was was caught with 2 iphone 8 and lots of cash.

The residents who caught the man called the police before descending on him but the policemen allegedly left with the iphones without making any arrest.