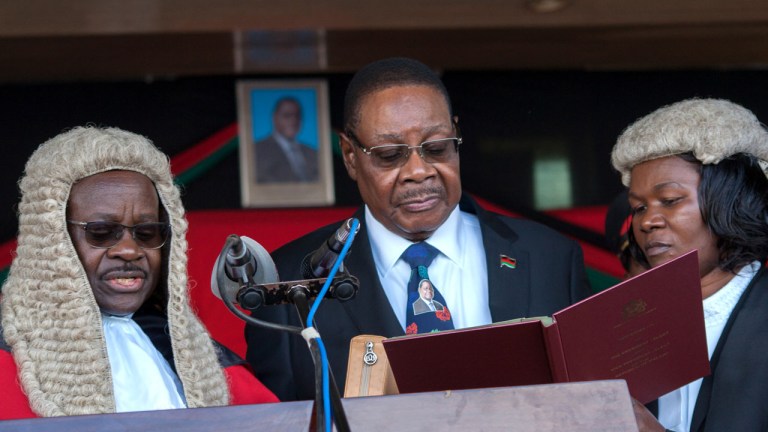 Malawi has sworn in 65-year-old Lazarus Chakwera as the president-elect, following his victory in the election.

Justice Chifundo Kachale, the Chairperson of Malawi Electoral Commission declared Chakwera, leader of the Malawi Congress Party (MCP), the new Malawi President on Saturday night after a thorough count and scrutiny of the vote from the country’s 28 districts and 5,002 polling centres.

Chakwera, who contested with the country’s Vice President, Saulos Chilima as his running mate, pledged a better government for all Malawians, including those who did not vote for him.

He expressed gratitude for the “blessing of growing up in a well-governed Malawi’’ and pledged to run the country well to the expectation of all Malawians.

For those who did not vote for him, Chakwera said the new Malawi is for all and he asked for their support.

“Give Dr Chilima and I a chance to earn your trust and make this win a win for all of us, that is how we will fulfil a dream of a new and better Malawi for all of us,’’ he said.