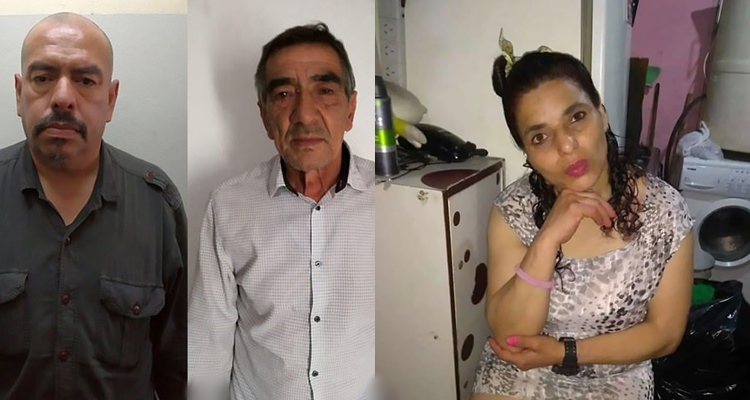 A parrot who heard last words of 46-year-old Argentine woman, Elizabeth Toledo whose body was found naked on a mattress in an apartment in Buenos Aires, after she was raped, next to her parrot, gives evidence.

Elizabeth Toledo was raped and murdered in the city of San Fernando.

As part of the evidence filed in the case last week, police recorded a statement from a police officer who said he heard the Toledo parrot shortly after the killing saying no, Por favour, soltame!” (“No, please, let me go”), Clarin reports.

The police believe the parrot was repeating its owner’s last words as she was allegedly beaten and raped by two housemates.

The officer had been standing guard outside the murder scene when he heard what sounded like a woman screaming inside. He looked inside the apartment – but only found Toledo’s naked and bruised body lying on a mattress on the floor, along with the green parrot in a cage.

Evidence also includes witness testimony from a neighbour who claimed to have seen the parrot repeat the trick on a different occasion.

That witness told police that the parrot once said ‘por qué me pegaste?’ (why did you hit me?) after one of the men hit Toledo.

51-year-old Miguel Saturnino Rolon and 62-year-old Jorge Raul Alvarez are on trial for the rape and murder of 46-year-old Elizabeth Toledo in Buenos Aires in 2018.

Head prosecutor Bibiana Santella has reportedly included the parrot’s ‘testimony’ in the case file. Other evidence includes a bite mark from the victim’s forearm which they say matches the bite of Rolon’s teeth ‘like a fingerprint’.

Meanwhile DNA evidence found on Toledo’s body will link Alvarez to the rape and killing, they allege.

An autopsy showed that the victim has been beaten, raped, and strangled to death, according to Clarin.

Ms Toledo rented a room to three men in the same house. Her housemates Miguel Saturnino Rolon and Jorge Raul Alvarez are the two who have been arrested in connection with the homicide.

The third housemate was also arrested, but he was not at home when the alleged incident occurred.