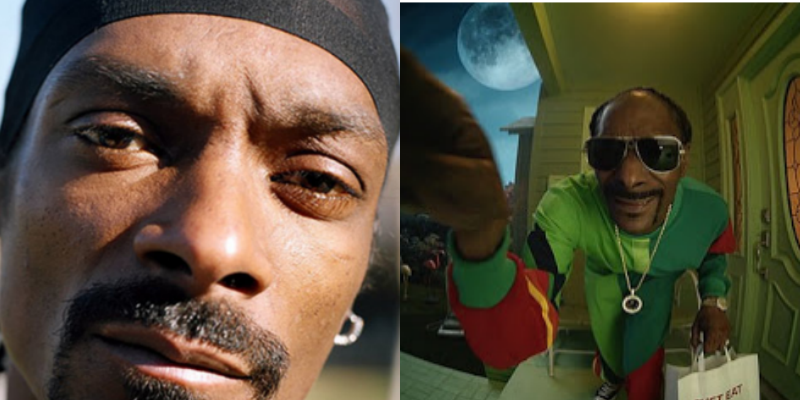 Popular American star, Snoop Dogg has reportedly raked in more than £5 million from his appearance in Just Eat’s new advert, which aired for 6o seconds only.

Snoop Dogg, 48, is the face of the takeaway delivery service’s new campaign and recorded a new song for the company.

The star gives the jingle ‘Did somebody say Just Eat’ a new twist in the popular advert.

It has been seen nearly 7 million times on YouTube and a music insider told The Sun that the rapper has earned £5.3million from the deal.

‘It’s easy money and the adverts have proved a hit with audiences.

‘Snoop Dogg is a legendary character so the negotiation took time and plenty of cash.

‘But having him on board has not only driven sales, it’s given the brand a massive boost.’

The music insider said the song has proved very popular on social media and is the company’s most successful advert.