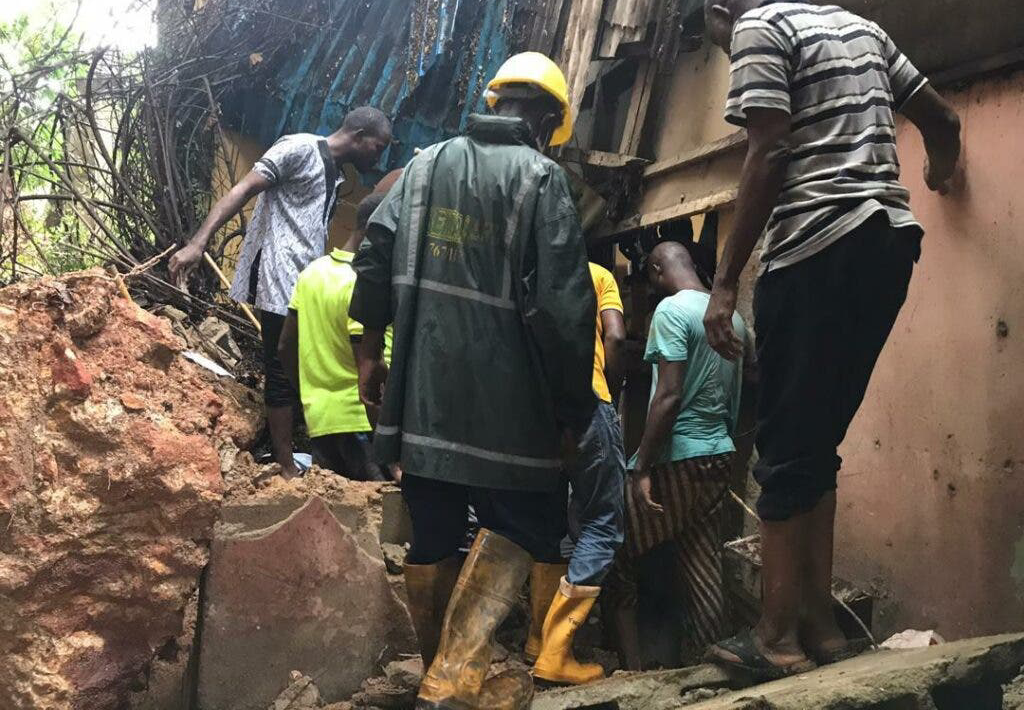 Atleast two yet to be identified teenagers, a male and a female, were reportedly dead in a storey building which collapsed at number 46 Gafari Balogun Street, Ogudu area of Lagos State.

According to report, emergency response team of the Lagos State Emergency Management Agency, LASEMA, and other responders who raced to the scene on rescue operation subsequently recovered the bodies of the teenagers from the rubble of the collapsed building.

The ugly incident, which happened around 12.40 pm was reportedly caused by a mud slide at the rear of the building caused by heavy rainfall.

Director-General of LASEMA, Dr. Femi Oke-Osanyintolu, confirmed the incident, saying “The Lagos Response Team, LRT received a distress call at 12:40 pm about a collapsed building at the aforementioned location.

“On arrival at the scene by agency responders, it was observed that a building collapsed as a result of a mud slide at the rear of the building caused by heavy rainfall.

“The agents were informed that two teenagers, one male and one female were trapped and immediately commenced a search and rescue operation. 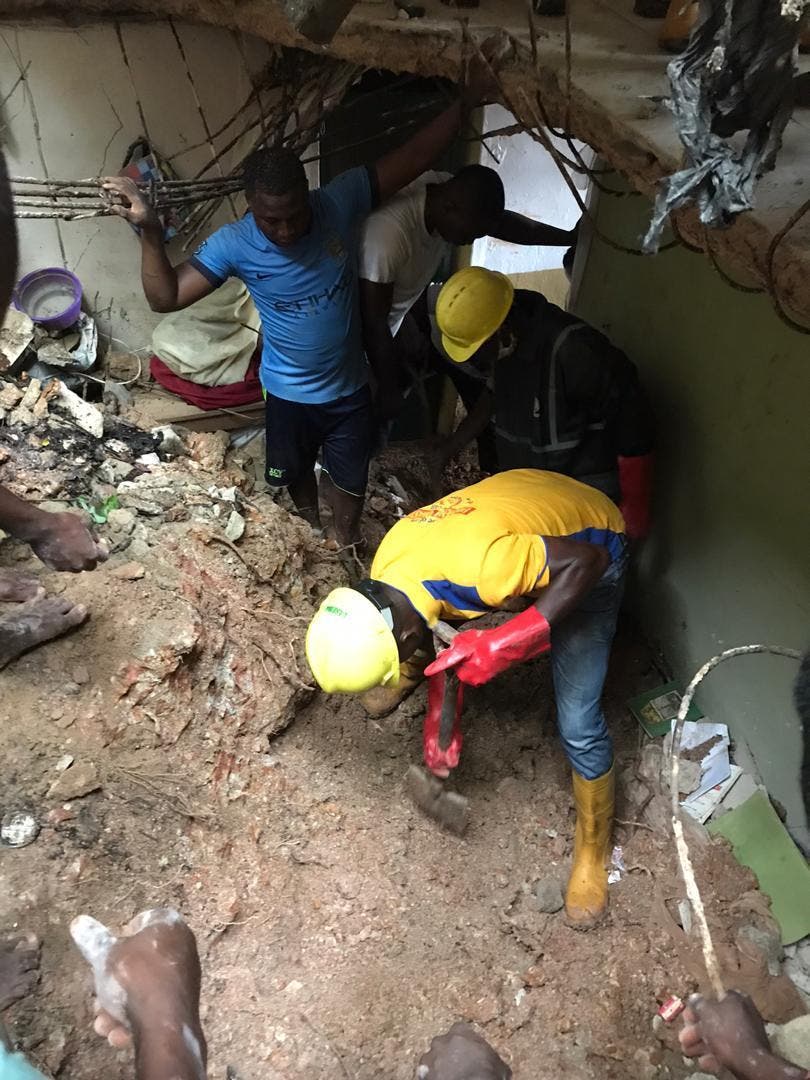 “Unfortunately, they were found dead and their remains have been transported to the mortuary. 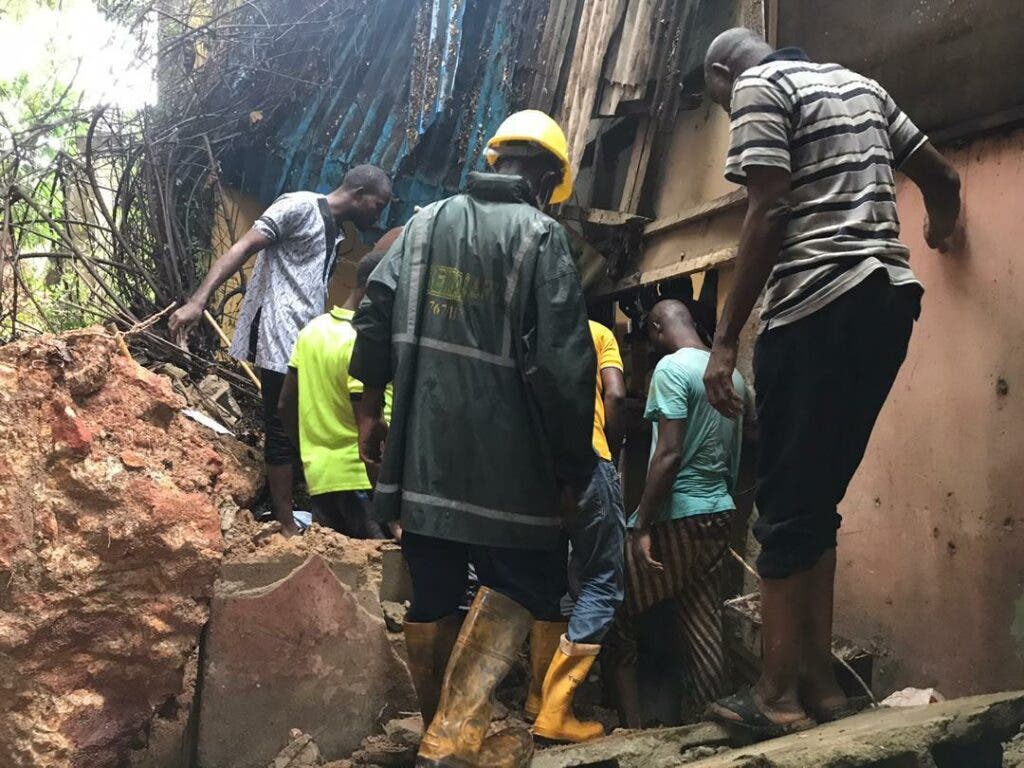 “Integrity testing will be carried out on the remainder of the building which has now been cordoned off.