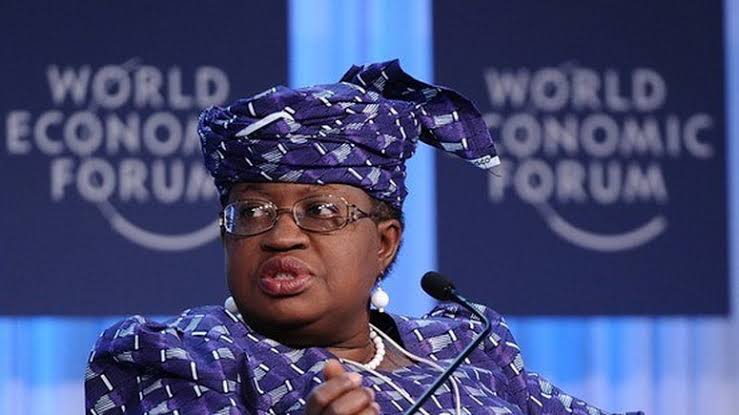 Following the nomination of the former finance minister, Ngozi Okonjo-Iweala, as Nigeria’s candidate to be the Director-General of the World Trade Organisation (WTO), the Egyptian government on Friday filed objections to her candidature.

It would be recalled that President Muhammadu Buhari during the week nominated Iweala as Nigeria’s candidate for the Director-General of the World Trade Organisation(WTO).

In confirming Mrs Okonjo-Iweala’s nomination on Thursday, President Muhammadu Buhari said Nigeria was replacing a previous Nigerian nominee for the post, Yonov Frederick Agah, who was being withdrawn.

Egypt seeks Nigeria’s disqualification
In his diplomatic communication through the Nigerian Embassy and Permanent Mission to the African Union (AU) and United Nations Economic Commission for Africa (UNECA) in Addis Ababa, the president did not give reasons for his decision to withdraw Mr Agah’s candidacy.

But, the Egyptian government in its communication No. 081 /2020- AU of June 5, 2020, to the Permanent Missions of the WTO Member States of the Ministerial Committee on Candidatures questioned Nigeria’s decision adding that the decision to withdraw Mr Agah’s candidature meant Nigeria forfeited its chance to participate in the race.

A copy of the memo was sent to the African Union Commission (Commissioner of Political Affairs/Office of Legal Counsel).

In the memo, Egypt said as far as it was concerned, three candidates, representing Benin Republic, Egypt and Nigeria, had already obtained the endorsement of the Executive Council to contest the position of the WTO Director General vide its decision EX.CL/December. 1090(XXXVI) of February 2020.

With the withdrawal of Mr Agah’s candidature, the Egyptian government said it was requesting the Ministerial Committee on Candidatures to officially inform the African Group in Geneva about the development and Nigeria’s disqualification.

Consequently, Egypt said the committee should acknowledge that “Abdulhameed Mamdouh of the Arab Republic of Egypt and Eloi Laourou of the Republic of Benin are currently the only two endorsed African candidates” in the race.

“In this context, the Permanent Mission of Egypt would like to highlight that Government of Egypt is undertaking consultations with the Government Benin with the aim of reaching a consensus on one African candidate between the only two currently endorsed African candidates, and will communicate the outcomes of these consultations to the esteemed Ministerial Committee at the soonest possible date,” the memo said.

The Egyptian memo said its decision was based on a legal opinion expressed by the Office of Legal Counsel (OLC) during the Ambassadorial level Ministerial Committee on Candidatures meeting of June 4, 2020, regarding Nigeria’s nomination of Mrs Okonjo-Iweala as her new candidate in the race.

In the memo, the Egyptian government said the OLC noted that Nigeria’s nomination was not in conformity with the Executive Council’s decision EX.CL/Dec. 1090(XXXVI), since three candidates submitted by the Ministerial Committee report had already been endorsed.

On May 20, 2020, the WTO General Council Chair, David Walker of New Zealand, informed members that the appointment process for the next Director-General of WTO would formally commence on June 8, 2020, with nominations accepted from that date until July 8, 2020.

He said the selection process normally begins nine months before the expiration of the incumbent WTO director-general’s four-year term.

During the first month of the selection period, he said, member states would nominate candidates who are interested in the position. Candidates cannot run without being nominated by their government.

In line with the current selection process, Mr Walker said WTO members would be informed of nominations of candidate as soon as they were received.

After July 8, Mr Walker said, he would “issue to members a consolidated list of all candidates.”

Shortly after the nomination period has closed, he said, part of the official procedures would be for the candidates to be invited to meet with members at a special General Council meeting, to enable them present their views and take questions from the membership.

On May 14, the Director-General of the WTO, Roberto Azevêdo, announced his decision to step down on August 31, one year before his term would expire. Election of a new DG was earlier scheduled for between June 8 and 11. But, the process was delayed until 2021 due to the ravaging COVID-19 pandemic.

Ahead of the elections, five candidates announced their intent to seek nomination from their government to run. They include Hamid Mamdouh, a trade lawyer, member of the WTO Secretariat, and trade negotiator for Egypt; Yonov Agah, the Deputy Director-General of the WTO from Nigeria; Eloi Laourou, the ambassador and permanent representative of Benin to the United Nations and other organizations in Geneva, including the WTO; Amina Mohamed, a Kenyan international civil servant with a long career in public and foreign service, and Peter Mandelson, from the United Kingdom, a former European trade negotiator.

However, two of the candidates were said to have opted out of the race leaving the trio of Mamdouh of Egypt, Agah of Nigeria and Laourou of Benin.